The #NoMuslimBanEver campaign is a grassroots awareness and mobilization effort that will take place in the weeks leading up to October 18, 2017, when the last iteration of the Muslim Ban goes into effect—which will limit or bar travel from six Muslim-majority countries and suspend the refugee admissions program.

This is an important moment for us to organize a strong, loud, mass mobilization that sends a clear message to this Administration: Muslim communities are organized, and our allies have our back. We will not be silent and we will stand up for our communities in the face of any and all discriminatory policies.

We will continue to resist this immoral and unconstitutional Muslim Ban and any new bans in all forms, in all venues, and in all ways—no matter how long it may take to achieve justice.

The campaign is being organized and led by the following organizations: MPower Change, the MASA Organizing team, Asian Americans Advancing Justice—Asian Law Caucus, and Council of American-Islamic Relations (CAIR)’s San Francisco-Bay Area chapter, in partnership with allies including refugee rights groups, Indivisible, and others. 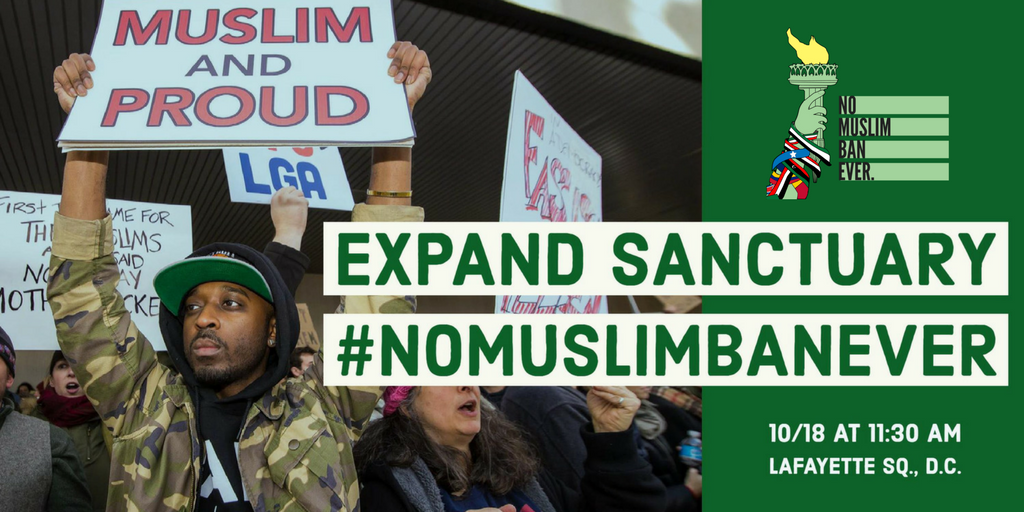