Amazon: Give Safio Her Job Back

She’s been a dedicated worker at Amazon for nearly a year and a half; and she’s a Somali-American Muslim that observes Ramadan.

But apparently, Amazon thinks those two facts about Safio Barow can’t both be true at once.

This isn't the first time Amazon has shown insensitivity towards their Muslim workers—and its time we say enough. Join us and demand that they rehire Safio, with back pay, and institute a company-wide policy that puts into writing that this kind of error won’t happen again.

In order to keep Jeff Bezos in his spot as the richest person in the world, Amazon requires its warehouse employees to meet absurd productivity levels that are grueling even under the best of circumstances.

Some horror stories from inside Amazon warehouses include: not using restrooms for fear of taking too long of a break, being forced to work despite experiencing an asthma attack, and working under constant surveillance.1

Despite the brutal conditions faced by Amazon warehouse employees, Safio has been a stellar worker.

Faced with a nearly three-hour daily round-trip commute, she even uprooted and moved her family just to be closer to her job at Amazon.

Her only mistake? Believing her employer when they met with Muslim workers and their advocates, and agreed to ease off their strict daily requirements for employees fasting during Ramadan.

We believe employers shouldn't flagrantly break their promises to workers—and Muslim workers shouldn’t be fired for observing Ramadan. Sign our petition to Amazon if you agree.

When it comes to this campaign, we have bad news and good news.

The bad news is that Amazon’s track record on respecting Muslim workers is spotty at best. Last year, they initially stood by as their contractor, SIS, retaliated against and intimidated Muslim workers trying to access Amazon's prayer spaces. And last Ramadan, they stayed silent as contracted Muslim workers were asked to sign a special 30-minute forfeiture of their lunch break during Ramadan. (In other words, observing your faith means you get less break time.)

But the good news is that we’ve fought them before, and we've won. Last year, we won a major victory and forced Amazon to back down, and side with their workers. Abdinasir Elmi, an Amazon security officer who was a key part of this effort, tells it like this:

“For months, we felt disrespected and ignored when we asked for prayer space, but now [they have] finally listened. When they posted a list of available prayer rooms to use during work breaks, that was a huge victory for us. This is proof that when we speak out, we can make a difference. If we stick together and use our voices, we can work together for cost of living raises, no retaliation for those who speak up, and a fair path to form a union. When we fight, we win.”

We’ve shown that we can win against Amazon. And we know that if we don’t act now to say that no Muslim worker should be penalized or fired for observing Ramadan, it'll set a precedent for even more abusive behavior.

Just yesterday, people in cities across the country hit the streets to demand that Amazon stop giving a platform to White Supremacist and Islamophobic vendors on its online marketplace. Now it's time for them to take a close look at their employment practices.

Ultimately, giving Amazon workers of any faith identity a voice is going to mean giving those workers a union. But alongside that effort, we need to push back—together—when Amazon shows a lack of even basic respect. This is one of those times. 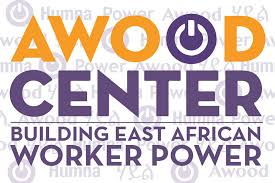 Action Center on Race and the Economy, Awood Center

By submitting your email address, you agree to receive communications from MPower Change, ACRE, and Awood Center. You will be able to unsubscribe from communications you receive from us by following the directions included in each such communication.